Windmill can be defined as a machine which is powered by the energy of the wind. The latest applications of windmills include water pumping for stock and domestic supplies as well as electricity generation. The basic windmill has a tower, wind wheel, drive mechanism and a positive displacement pump. The rotational motion of mechanical wings is transmitted through the velocity panel to the generator which produces the energy of electricity. This energy is used to rotate the electricity engines, heating and lighting or delivered to the general electricity energy system. Recent electricity generation versions are referred to as wind turbines. 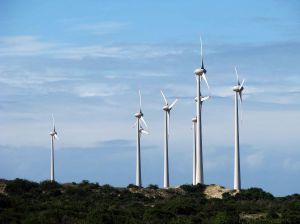 Windmill is an attractive electricity generation option due to low maintenance and ability to function unattended for long periods of time. In order, to find out whether the windmill can be located in a particular area, it is essential to obtain accurate wind speed data which is available on wind maps or from the local meteorology office. It is practical to locate a windmill as close as possible to the water source, and with good exposure to the wind. A good site is an open area with at least 400 meters of clear space around the windmill. Windmills can be built even in isolated areas; the great thing is that windmills have no energy costs. Windmills also have a few disadvantages, including the required auxiliary storage, high capital costs as well as the intermittent pumping in very light winds. 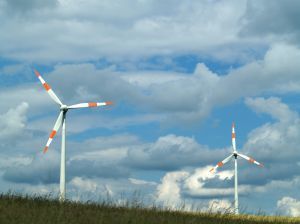 When it comes to vertical-shaft windmills, even the ones of a simple construction, it is important to mention than these have quite a few disadvantages. They are slow-moving, take lots of space, whereas the use of the wind wheels is not higher than 18 percent. The main advantage of vertical wind wheels is the fact that the orientation system for wind direction is not needed; the important element of the windmills, such as velocity panel and generator can be fixed on the base of the windmill.

Thus, windmill is a great alternative if unattended pumping is required for long periods, there is no other viable power source and the user requires environmentally clean power.