Clay roof tiles are one of the oldest roofing, while the creation of roof tiles was a big step further in construction history which made roofing easier, improved roof tightness, extended its serving time and the safety of growing towns. Terracotta roof tiles roofing weights less than stone slab one, roof tiles can be made more or less the same than stone roof tiles. Roof tiles roofing is better suitable in towns because it better protects from fires than reed roofs. The remnants of roof tiles are found in Mesopotamia towns, they were widely used in Ancient Greece.

Despite the number of similarities, the evolution of roof tiles was different in many countries. It is thought that stone slab roofs had given the beginning to roof tiles. Naturally, slates and some sandstones break into tiles. In order for the roof to be hermetic, the tiles are usually hung in parallel rows, with each row overlapping the row below. This type of laying is used for French (Marseille) roof tiles.
As slate resources were limited, clay was widely found material came into the market that way. Clay is more plastic, allowing to produce the tiles that look more or less the same. Clay tiles are arranged symmetrically, in straight rows. Roman, Arabian, Japanese kawara roof tiles are made from clay.
Roman roof tiles are one of the simplest roof tiles form, looking like a straight tube cut in a half along. One side of Roman tile is put like a tray for water to flow, and the other is seated into the tray allowing water to flow down. It is a secured way to make tiles of the same size and to reduce labour expenditure, as well as to make the roof with no breaches. These tiles were improved by Arabians narrowing one end of the tile and widening the other. The narrower end allowed to put the tile deeper. The, so called, monk tiles are of a similar type. Roman and Arabian (Spanish) roof tiles can be glazed or from terracotta. Terracotta is a type of clay fired in a lower temperature. It is most likely that the first clay roof tiles were from terracotta, to beat them down, the heat of a bonfire is enough. 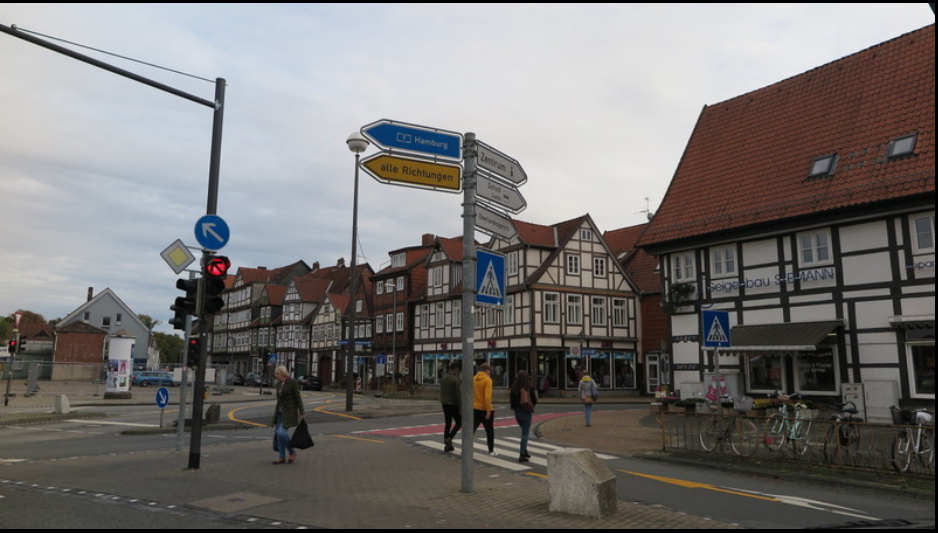 Modern roof tiles often imitate the ancient Roman tiles with rounded waves. Modern tiles can have two waves making them very practical and easy to assemble. The ends of tiles are connected with a straight line allowing not to cut them. One of such types is double Roman tile having three waves. 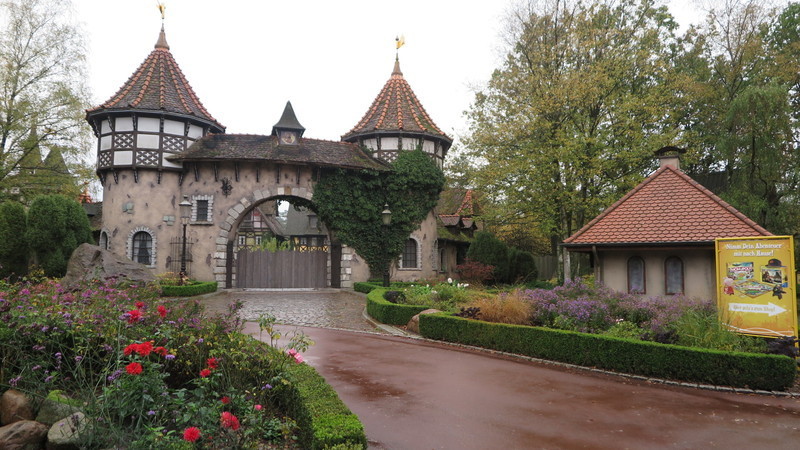 The, so called, beaver tails' tiles are widely spread in Germany.

The design of roof tile roofing

Roof tiles are still considered to be the most solid roofing. As there are many various types of tiles, there are various designs of tile roofs as well. The design imitating the antiquated tiles is among the popular ones. To create this effect the tiles of different shades are mixed. The classical one is the faint clay colour tiles, also called terracotta. The roof tiles can be used to cover roofs of any forms.
Stone tile roofs are wery popular in Scottish isles. White walls and black slate roof are traditional house finish in Western Europe. Black tile roofs fit well in montane lands. Today, roof from such tiles is common in luxurious suburb districts around Europe. 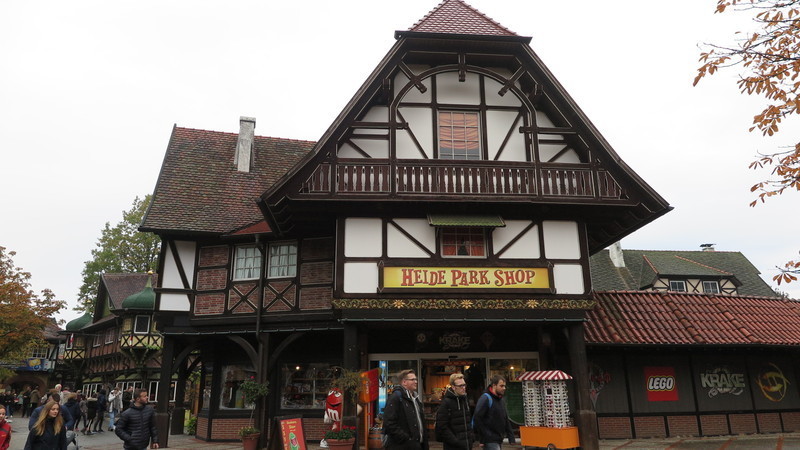 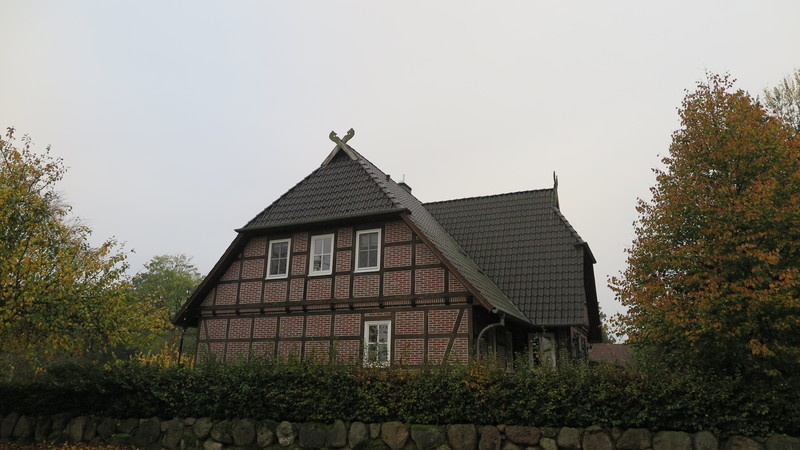 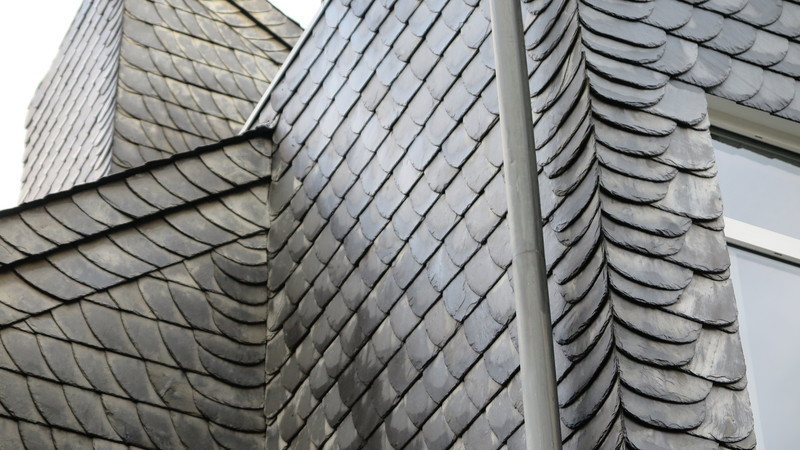 Natural roofing slate is a sedimentary clay rock containing a lot of carbon. It is used for walls and roofs and is practical for covering edgy surfaces. 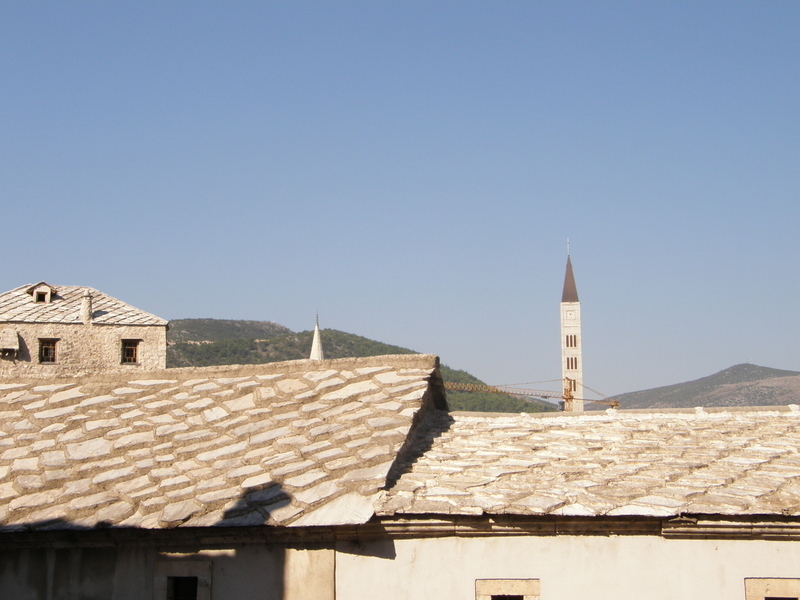 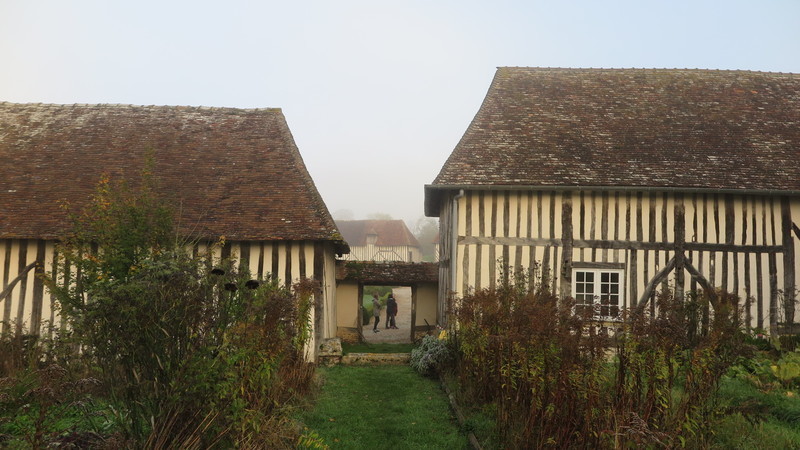 Small diamond-shaped or squared roof tiles are popular in Normandy.

The components of tiled roofing

The modern tiles are made equal, of very precise measurement allowing to cover the roof fast, even having not much practice. The old tiles were problematic because of their roughness, various crooks and shape differences; it was necessary to combine them together leaving no cracks. 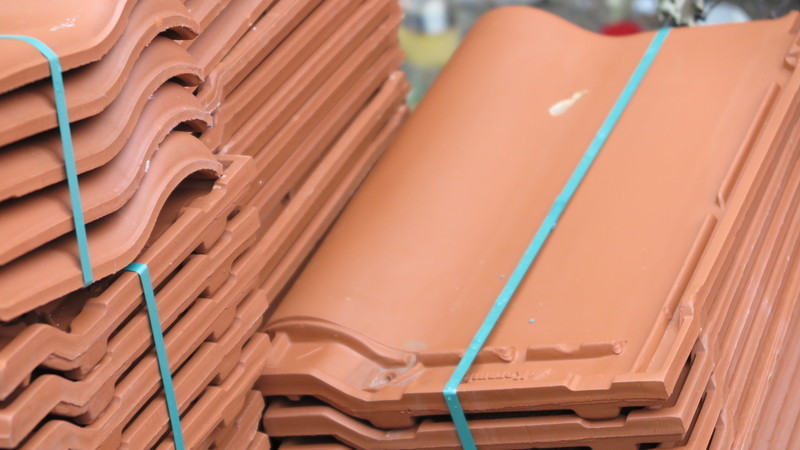 Tiles with small wave used in symmetrical laying. A wave is on one side, and a special raised edge on the other, so that the water does not flow inside. 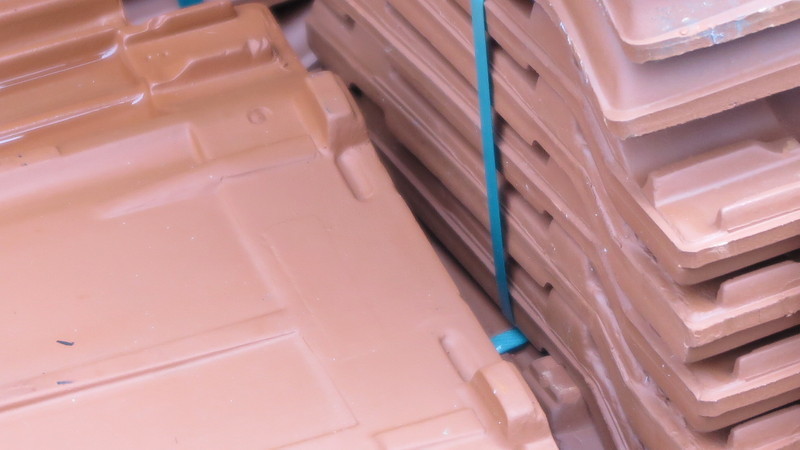 Tile elements for clutching them to purlin and a hole for stud. 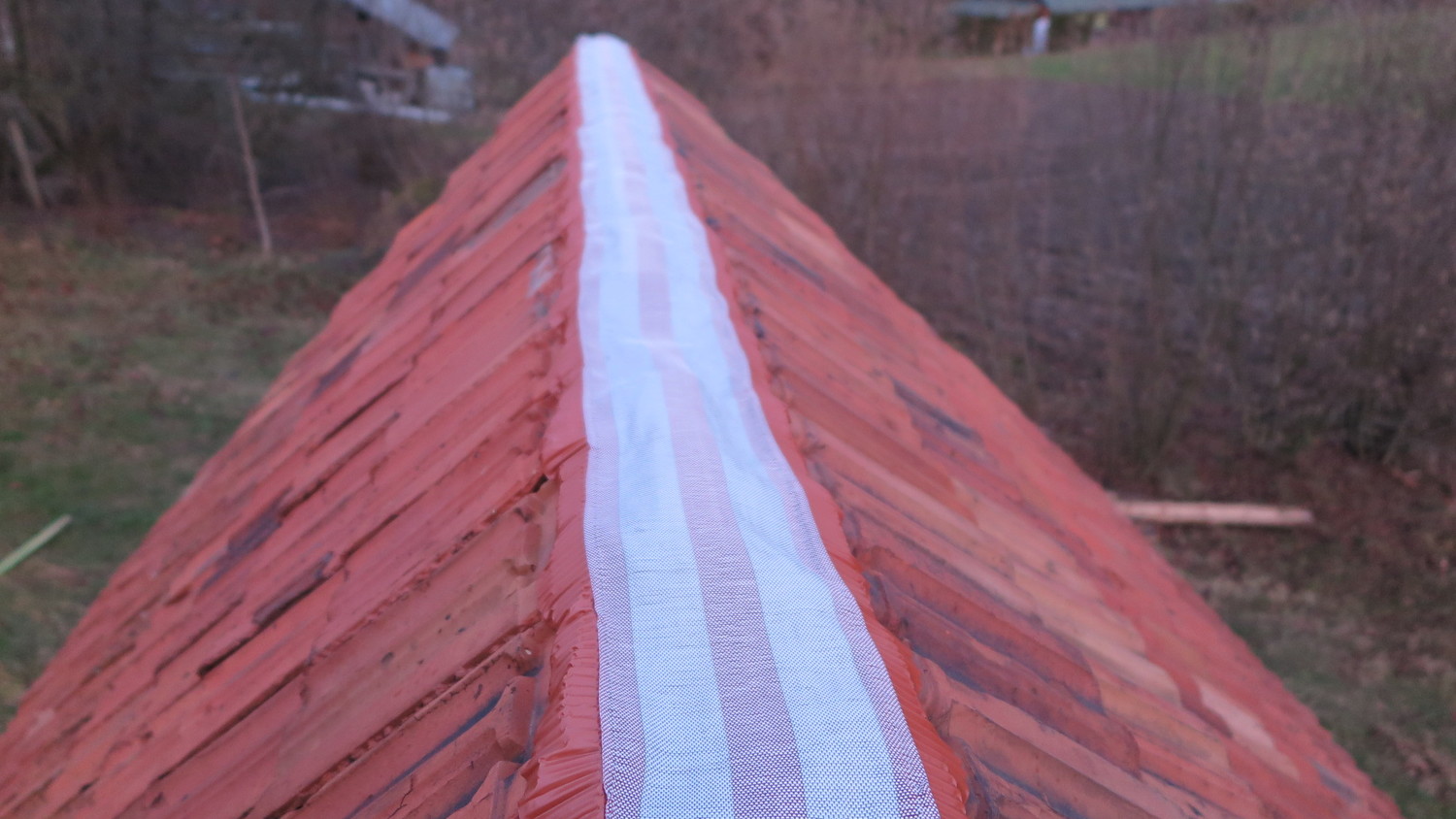 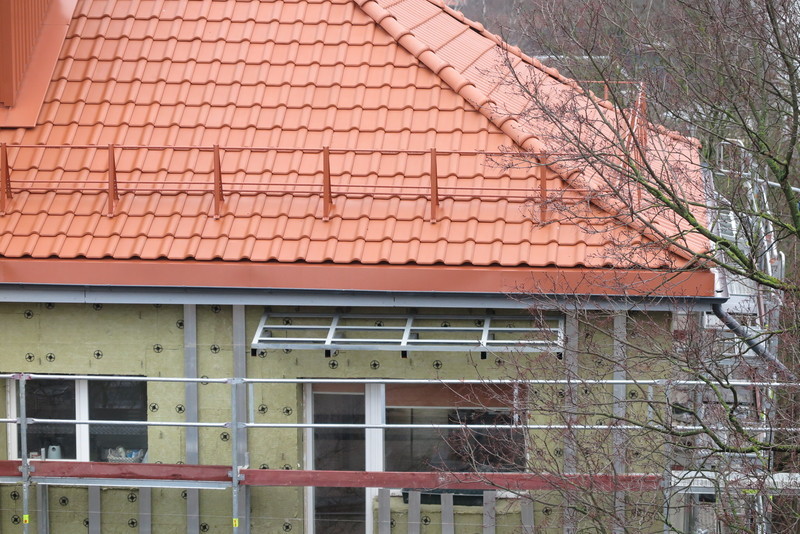 The installation of roof tile roofing

The roof tile laying in the roof is a responsible job to do. Make sure that purlins are well set up and the rest of the work will go easier. The most of the time takes roof preparation works.
Dried and calibrated wood allows to install the roof very precisely. Rafters cut with the computerised machine can be arranged very precisely. The precise distance is assured by planks in-between the rafters.
Next layer is of glass wool. Setting the wool from above makes work more comfortable as you do not need to work with wool above your head. However, rain would make you to postpone your works, and make sure to cover the wool.
Wind isolating-diffusing roof membrane goes next. It has to be carefully connected with the wall wind isolating membrane.

Wind isolating membrane transition through the rafters is one of the most complicated works.
It is important not to affect the tightness as it would result in the loss of warmth. In the places of connection, the membrane is cut and the ‘wings' are attached to the sides of rafters. The bottom connection is more complicated, worth covering with steam isolating mastic designed for outside works. 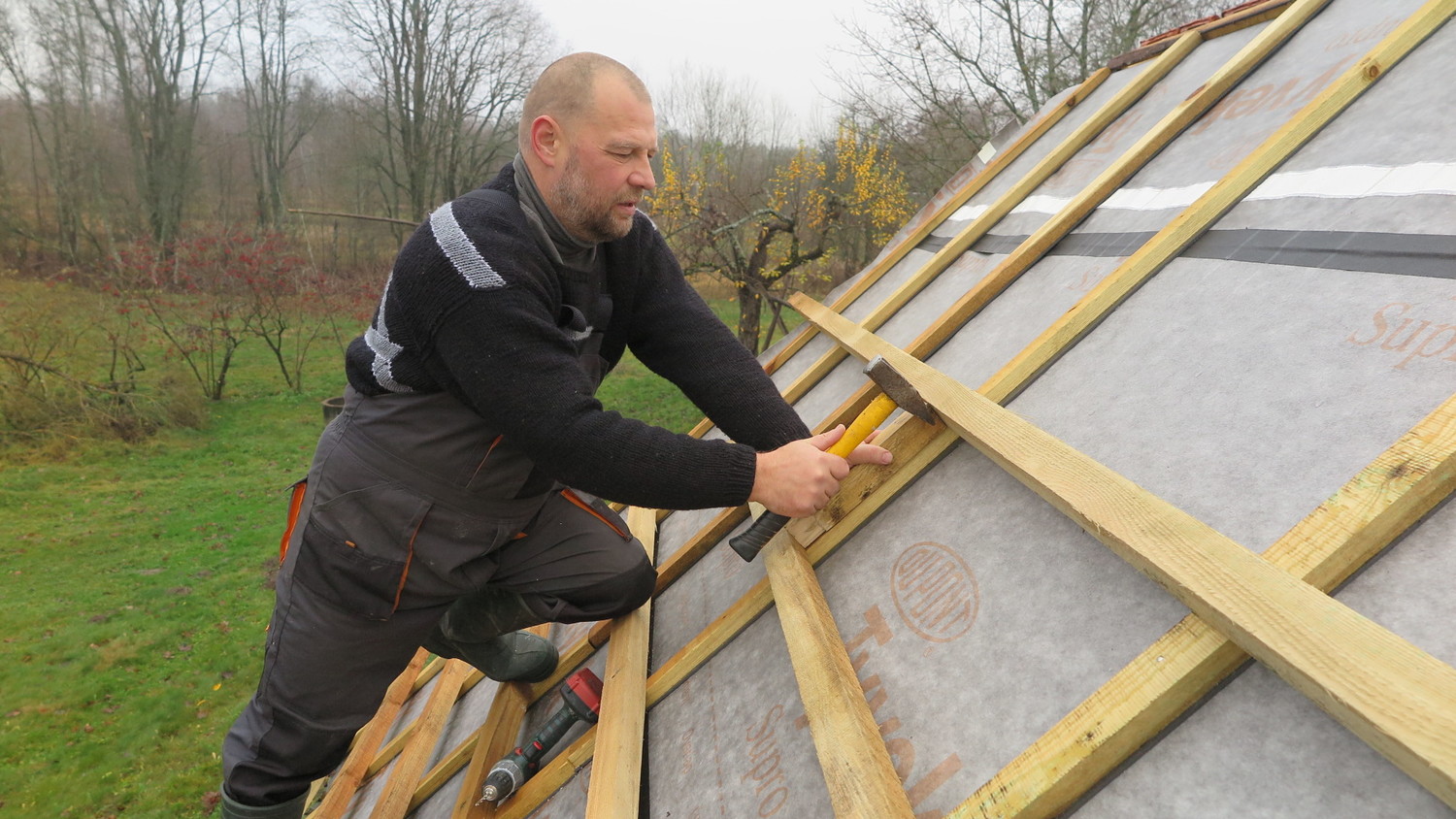 To attach the purlin, you can use long wavy or screw nails.

The stainless-steel nails are best suitable for roof. Before hammering you can make small holes to know were to hammer it exactly. Distance between the purlins can be measured by having a template. 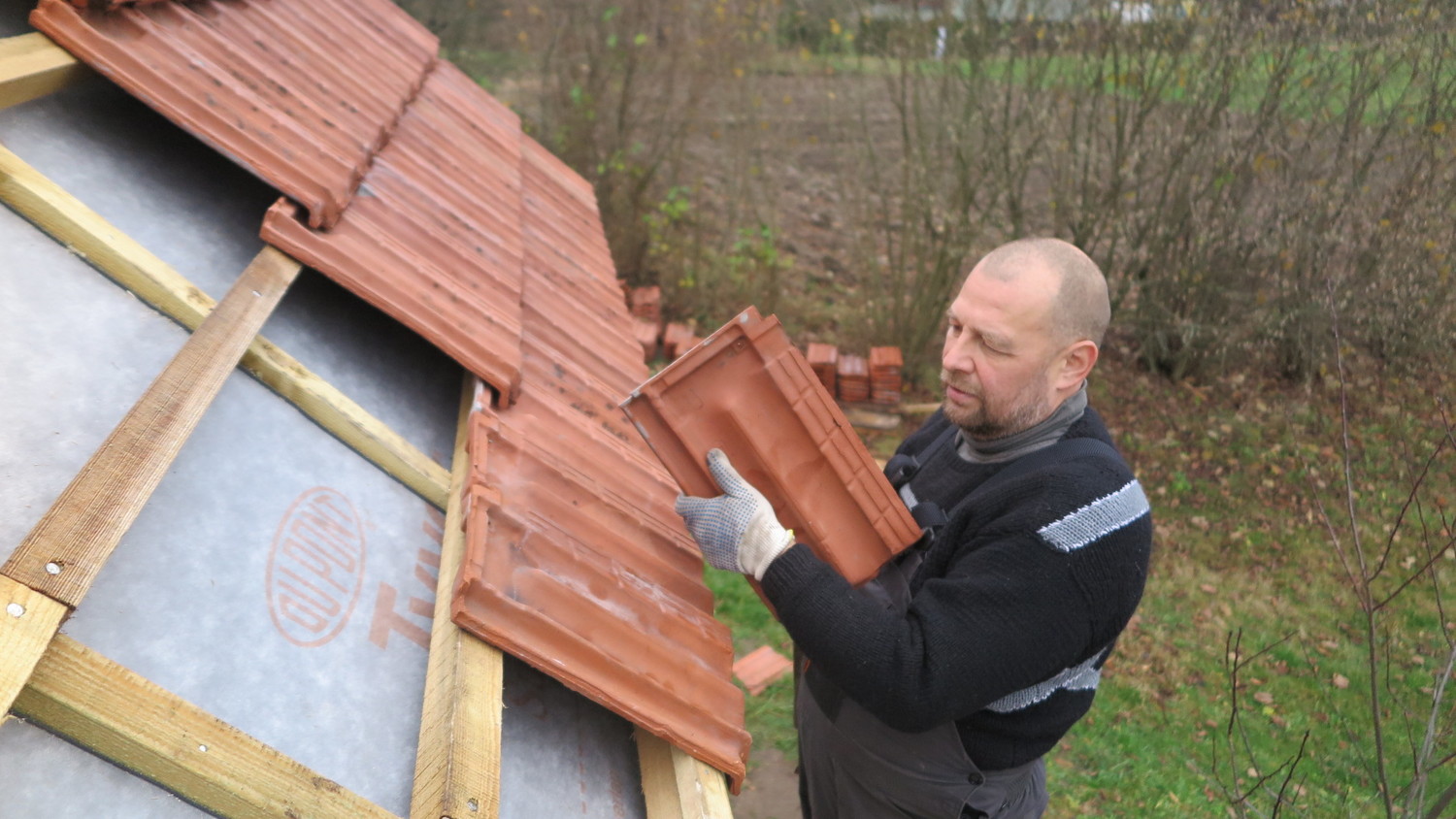 For the French roof tiles, you need the 28 centimetres distance between the purlins.

Tiles are installed from right to left. It is recommended to lay 3-4 tiles in a row, so that it is comfortable to reach by hand. If you decide to lay the whole row, be aware of the danger to fall down while walking on the tiles. 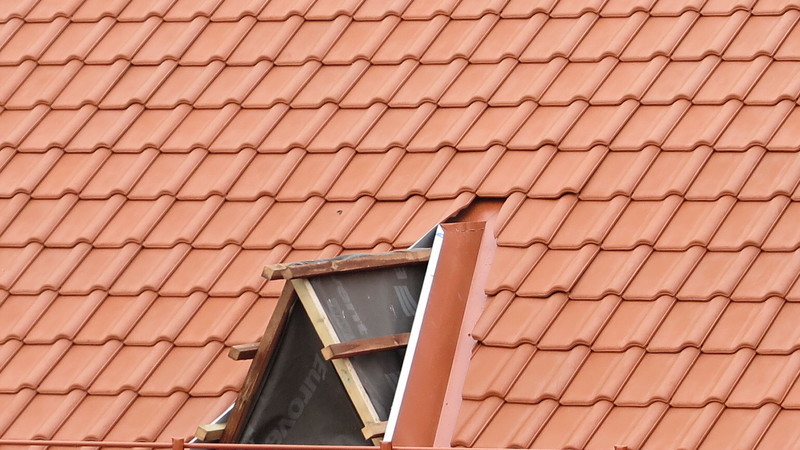 Around the chimneys or windows, the tiles are covered with tin that has to cover at least one wave. If you put it on the tin, the edge of the tin has to be arched.

Slate tiles are laid from the bottom to the top. The bottom tile has to be under the whole opening above for the water to flow down. For that reason, clay tiles with small covering are way more economical.